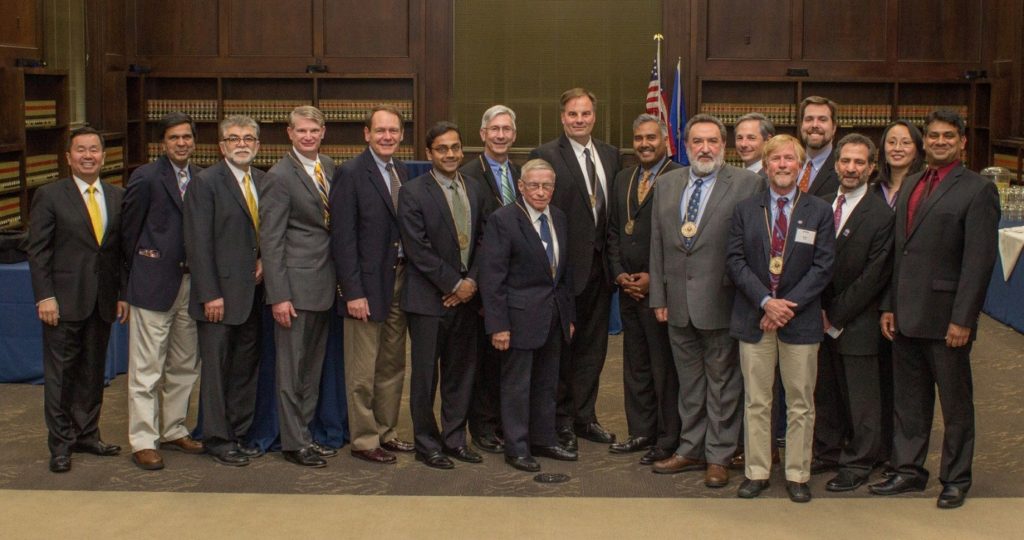 On April 28, 2016, UConn inducted Ken Bowes, Eversource Vice President for Engineering, into the UConn Academy of Distinguished Engineers. Mr. Bowes is responsible for overseeing all engineering activities to ensure the reliability and safety of the electric distribution system. Mr. Bowes serves on the Executive Committee for the Eversource Energy Center at UConn, and on the Advisory Board for UConn’s School of Engineering.

Mr. Bowes was one of 10 distinguished engineers inducted in 2016. The UConn Academy of Distinguished Engineers, founded in 2003, honors School of Engineering alumni or friends whose careers are characterized by their sustained and exemplary contributions to the engineering profession through research, practice, education, policy or service. Members are individuals who bring enduring honor to the community as practitioners and as citizens. The 2016 inductees included a MacArthur grant recipient, business leaders, entrepreneurs and academics. For more information on the Academy of Distinguished Engineers, visit: http://news.engr.uconn.edu/2016-academy-of-distinguished-engineer-inductees.php