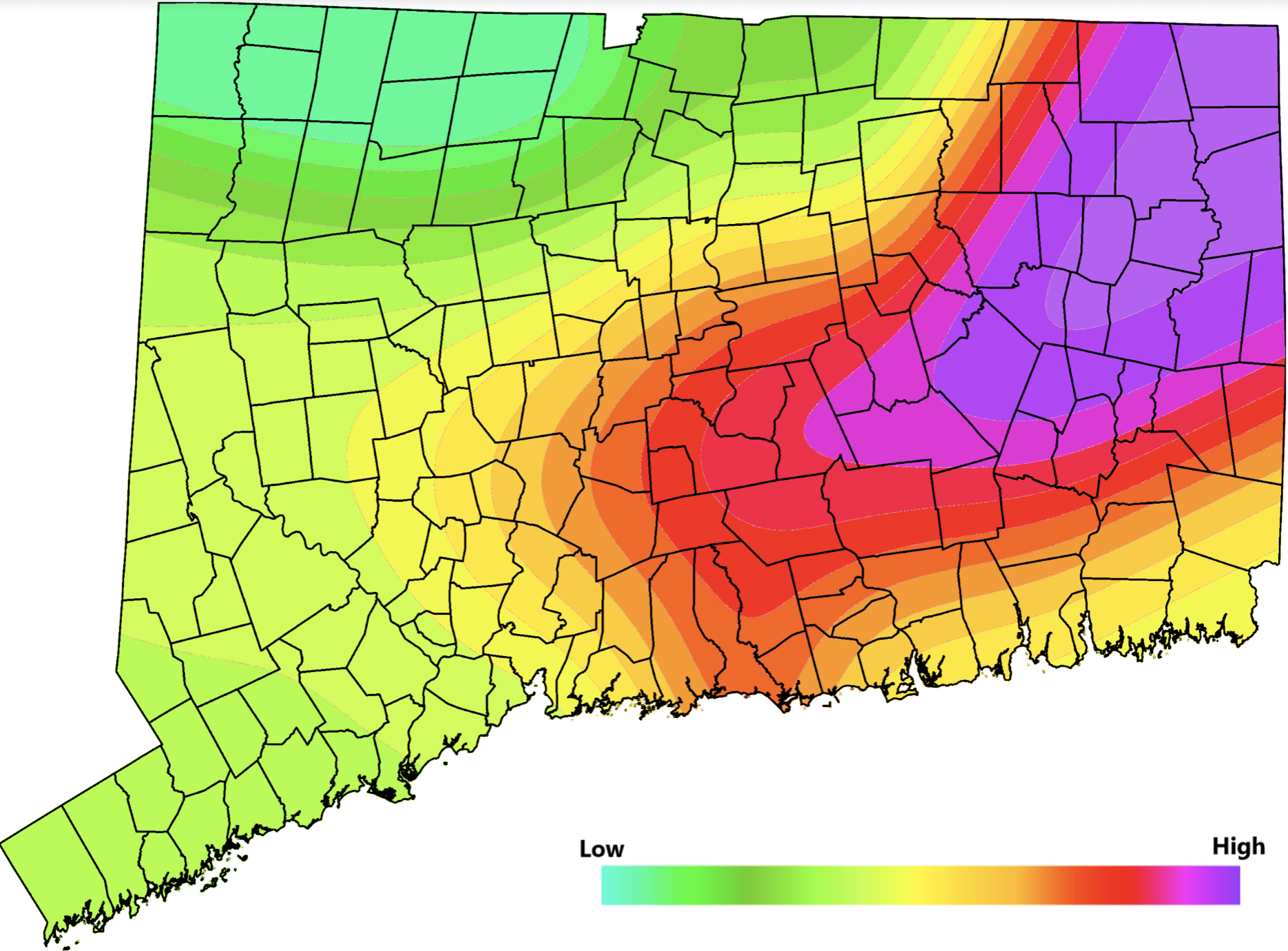 The Eversource Energy Center Outage Prediction Model at UConn is forecasting a very high impact from Hurricane Henri in Connecticut. The highest relative impact is expected in Eastern Connecticut, and the overall impact in Connecticut is expected to be between 10,000 and 20,000 damage locations. 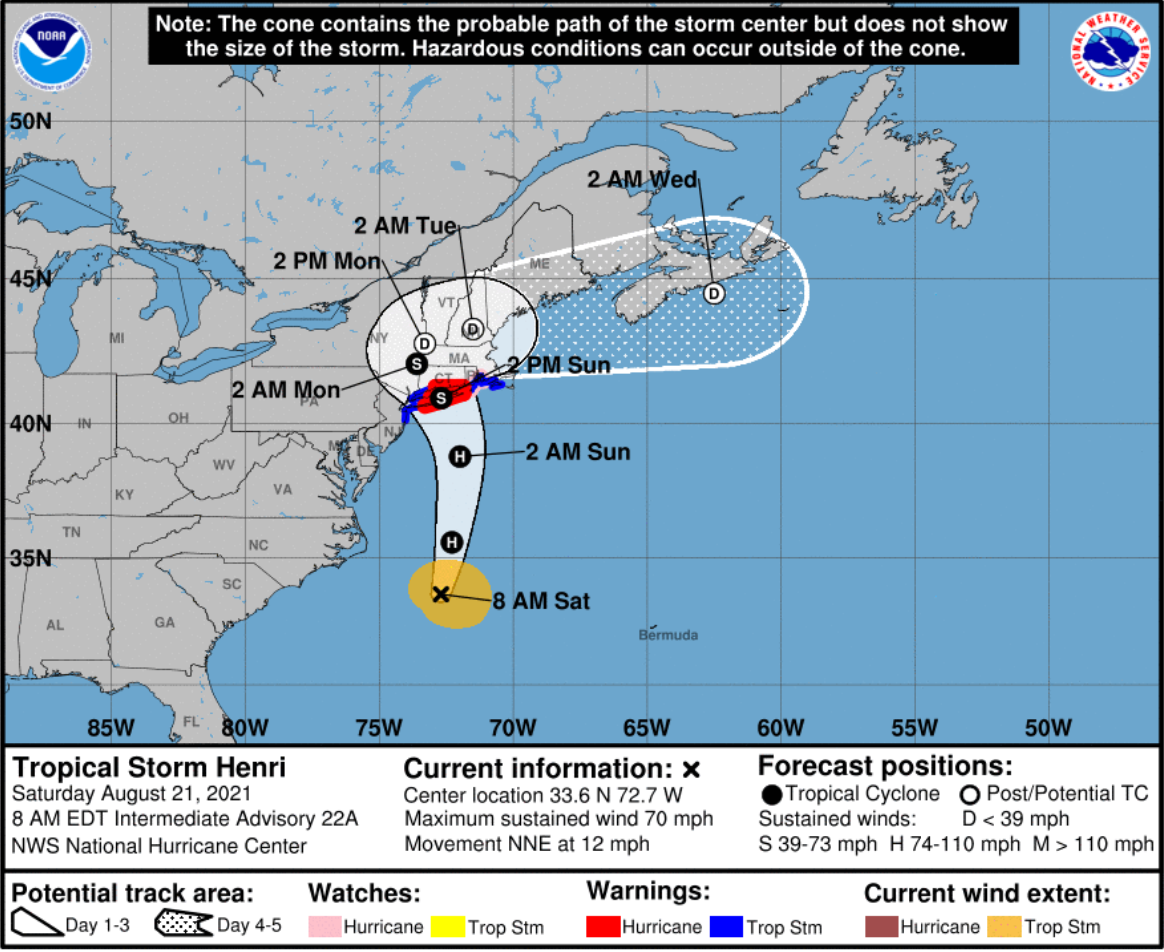 Hurricane Henri is expected to make landfall in Connecticut (after a first landfall in Long Island). It is still not clear yet whether the hurricane will primarily hit Eastern, Central, or Western Connecticut. In any case, the impact in Connecticut appears to be very severe. The expected impact on the CT electric grid further increased with respect to yesterday’s update.

We are currently excluding a landfall in Eastern Massachusetts. However, this territory will be on the right (strong) side of the hurricane, despite not close to the center, and therefore will experience a moderate impact. A moderate to low impact is also expected in New Hampshire. The expected impact in NH and EMA decreased with respect to yesterday’s update. 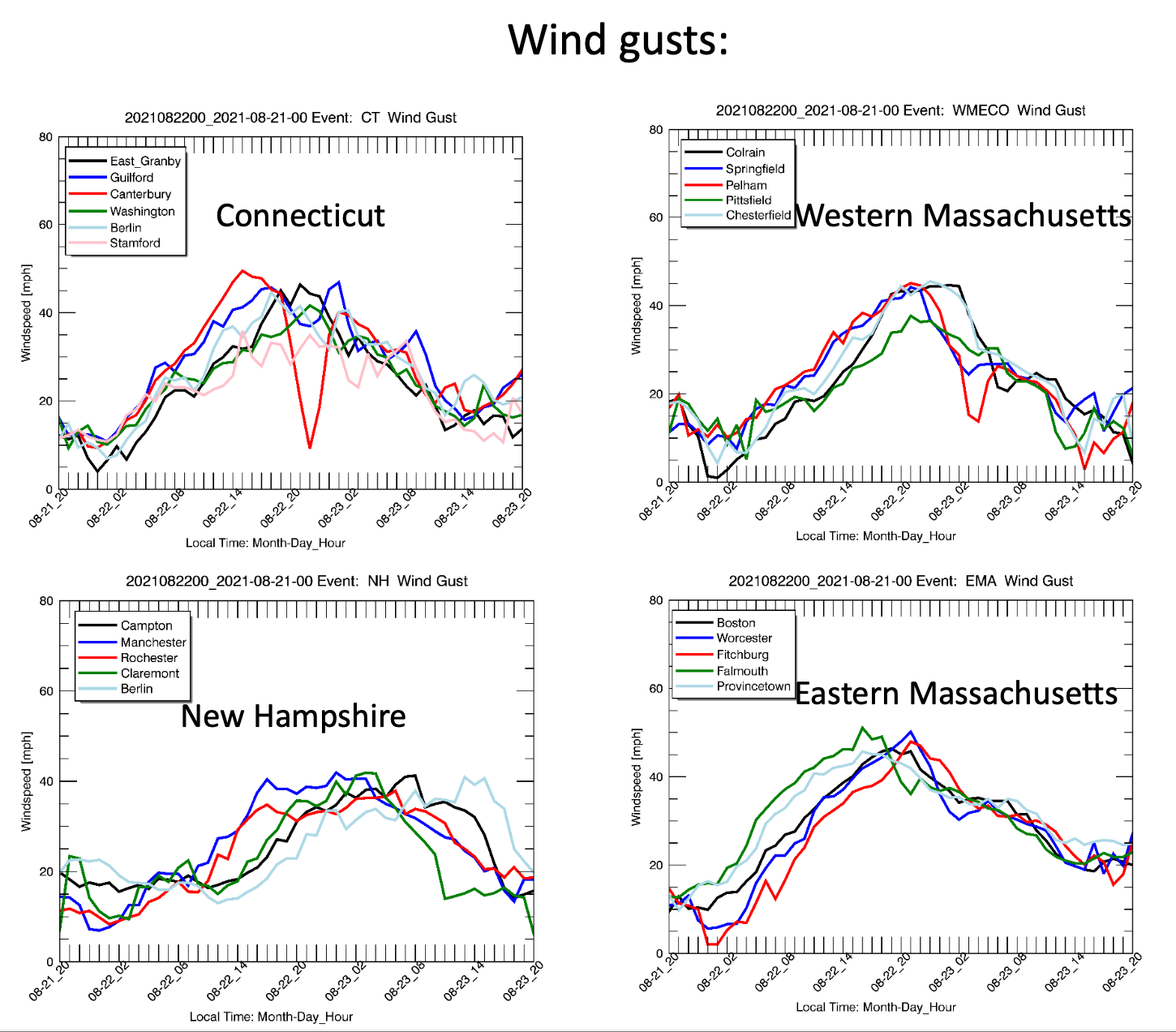 With a landfall in Central Connecticut, wind gusts are expected to exceed 50 mph for several hours in CT and 45 mph in WMA and EMA.

Up to 5 inches of precipitation are expected in Connecticut and Western Massachusetts, while 2-4 inches are expected elsewhere. 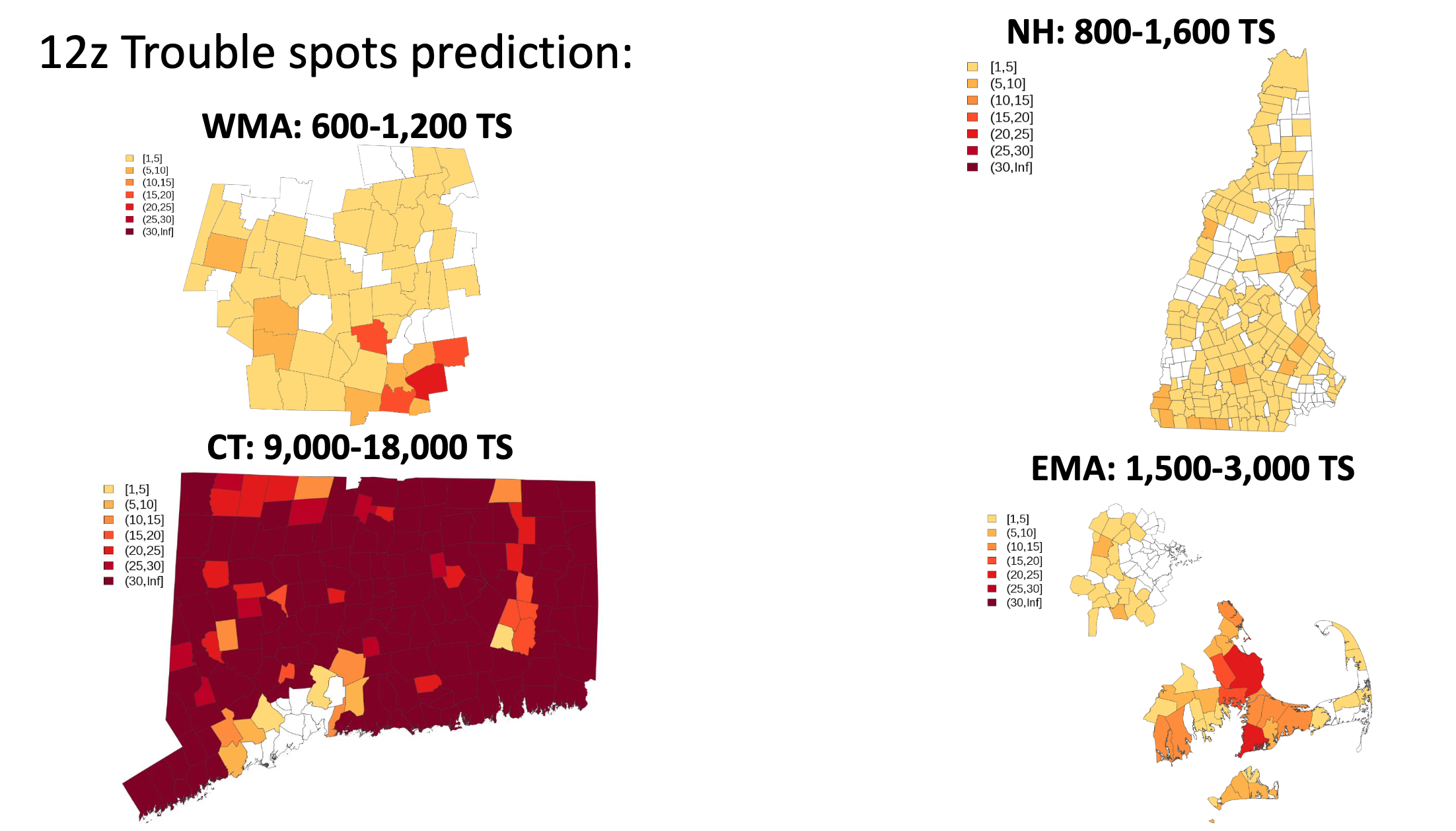