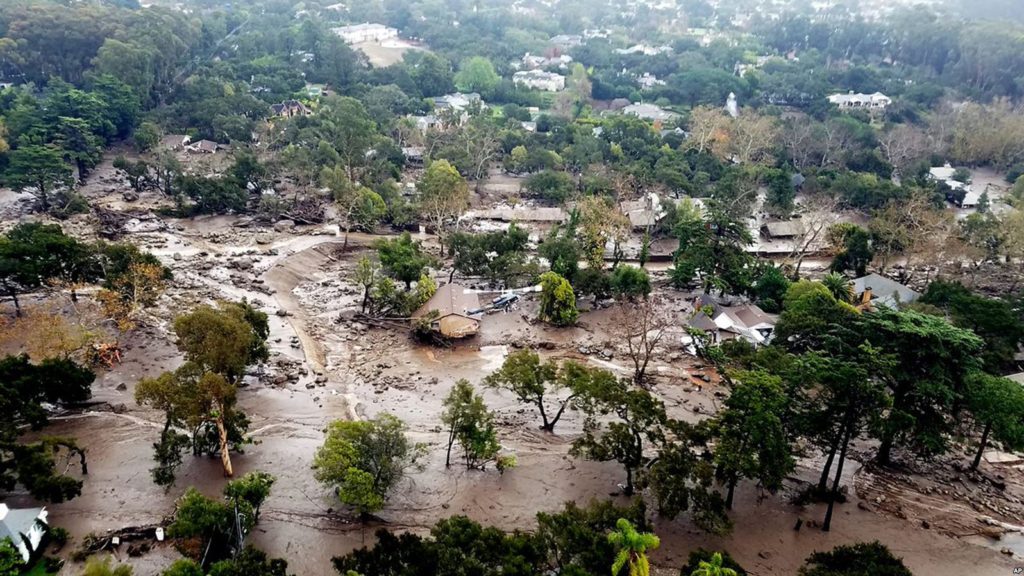 Led by Professor Efthymios Nikolopoulos, researchers at the Eversource Energy Center are working on an early warning system that can predict when and where devastating flash flood events will take place.

In the wake of the recent wildfires that destroyed thousands of homes and incinerated hundreds of thousands of acres in Southern California, the region is being laid waste once again, this time by deadly mudslides in Santa Barbara County that have killed at least 17 people to date and left dozens unaccounted for. Managers and researchers are now wondering what could have been done to prevent the loss of lives, and how we can prepare for more of these recurring events in the region.

The fires, which buried rural areas under massive amounts of burned debris, have increased the risk of flooding by drastically altering landscape characteristics, such as vegetation and soil properties. These changes have set the stage for a cascade of flash floods, landslides, and debris flows, triggered by heavy rainfall in the burned areas.

According to Professor Nikolopoulos, this is the main mechanism leading to the deadly mudslides we are observing in Southern California. At the American Geophysical Union’s annual conference last December in New Orleans, Professor Nikolopoulos and his team presented proof-of-concept of their system, based on data collected by the U.S. Geological Survey over the western United States. The team is now collecting high-resolution weather forecasts from the National Center for Atmospheric Research to demonstrate their predictive framework to the devastating Santa Barbara County, California, post-fire landslide event. Results will be reported to government agencies and stakeholders.